We use sound for several important functions in our daily lives. Many people use alarm clocks to wake themselves up in the morning, talk on telephones to people throughout their day and, in worst-case scenarios, depend on fire and smoke alarms to alert them to danger. 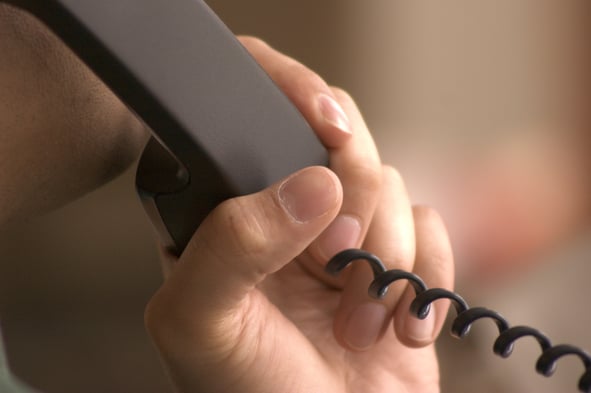 For the hearing impaired, these alarms, alerts and calls may be muffled or completely muted, making traditional audio-dependent systems all but useless to them. Technology has now caught up with the needs of the deaf and hearing impaired community with the following technologies:

Smoke and fire alarms are crucial for maintaining the safety of a building and its occupants, but they are almost entirely dependent on audio warnings. The deaf and hearing impaired can't depend on these audio signals to alert them to the danger, making the situation much more dangerous for them.

As a solution to this problem, many stores and buildings employ fire alarms with both audio and visual warnings, like strobe lights, and residential versions are available for use in hearing impaired peoples' homes. Residential versions in particular are made with special, high-intensity lights able to wake sleeping individuals.

Other options include Bluetooth connections to other appliances throughout the house, such as a vibrating pillow, phone application or other technology that attempts to wake the sleeping individual using a vibration as well as flashing lights. This is especially important for older people who may be less likely to respond to flashing lights in their sleep.

Another option is a special type of smoke or fire alarm designed for the hearing impaired. Because the hearing impaired tend to have the most difficulty with higher-frequency noises (like traditional smoke alarms), these alarms often feature loud, low-pitched sounds. They may use these sounds in combination with vibration or light alerts, depending on the alarm model or manufacturer.

Most alarm clocks for the hearing impaired look and function much like regular alarm clocks, though with some significant additions. They even include snooze buttons for those looking for a few more minutes of shut-eye. These alarm clocks may make strong, low-pitched sounds for individuals who are hearing impaired, as they are more able to sense these than high-pitched noises.

These alarm clocks may also use a strong vibrating accessory attached to or located under the pillow or to the user's body, which shakes them awake. Strobe lights are another tool some alarm clocks use. These bright flashing lights hook up to the alarm clock and flash in the direction of the user to wake them up.

The alternative to these options is for another person to wake up the hearing impaired individual personally. A reliable spouse or roommate can ensure the person gets up on time without having to purchase a noisy alarm system.

Another standard issue for the deaf and hard-of-hearing is the telephone. While some may prefer to text message each other using their smartphones, many choose to forego smartphones or keep a landline around the house for practical or preferential purposes. This poses a problem for the deaf and hearing impaired. While texting relies on the written word, phone calls rely on audio, making it difficult, if not impossible, for a hearing impaired person to use an audio-only telephone.

For those who can't give up their landline, closed caption telephones can help. These phones use voice recognition technology, either stored on the phone or accessed through the internet, to caption everything the caller on the other end of the line says. These closed captions are then put up on a display screen attached to the phone, so the hearing impaired can read and follow along with the conversation.

This is particularly useful for people with hearing loss who cannot make out higher-pitched noises and certain consonants, so they can more quickly fill in the blanks and confirm what they hear without frustrating repetitions or misunderstandings.

Other Devices for the Hearing Impaired

Even more devices for the hearing impaired are on the horizon as technology companies discover new ways to help them function within the world. If you or a loved one is experiencing difficulty hearing, book a free hearing evaluation with us.